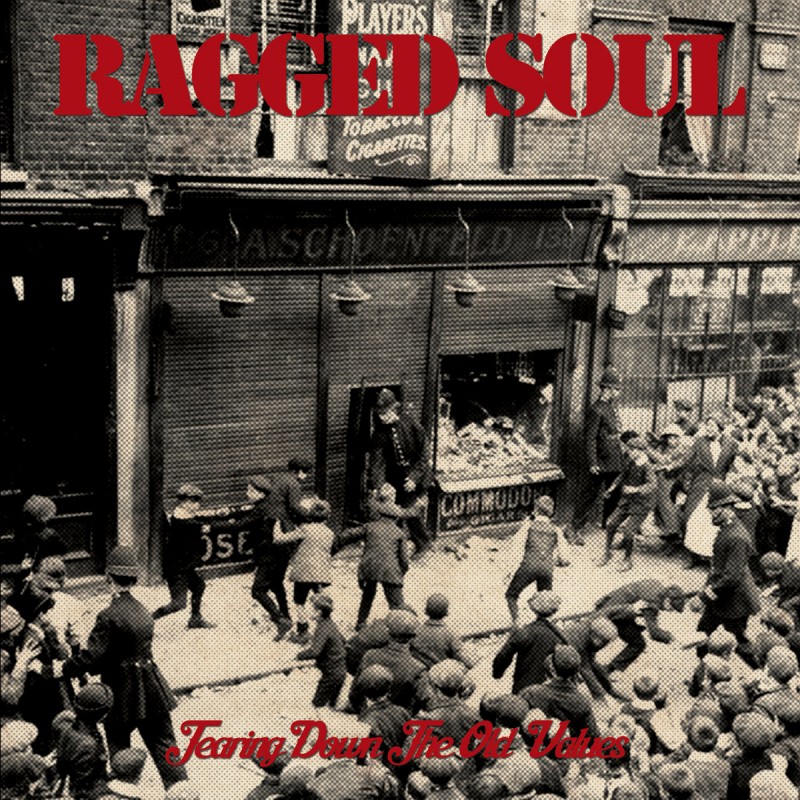 Ragged Soul got together around the year 2000. The band started basically as an excuse to gather at weekends, play hard and drink even harder, which they accomplished real soon! At first they used to play covers of Punk & Rock’n’Roll bands they loved, from Devil Dogs to early AC/DC, but more and more their goal was to get in their own songs. Ragged Soul always revolved around Jose (guitar, vocals & songs) and Miguel (bass, backing vocals & low-life). In the couple of years or so they lasted there were at least three drummers and two or three guitar players, some of whom were gone before you could say “tough shit”! The story of the band ain’t one of easy success, happy-go-lucky girls and pink champagne, just about the opposite actually: they’d only been going for a few weeks when Miguel -pissed out of his head on a Saturday night- suffered a double fracture in a leg. As a consequence, he literally vanished without trace for some 6 months… An auspicious start, some may say. Once they got started again, they were ready to play wherever they possibly could, mostly real shitholes in exchange for booze and -only sometimes- a little bit of money and a sandwich. They couldn’t care less, as they were having the time of their lives, even though most of the audience in little villages and so couldn’t really make out what the band was all about. One example was a gig in a shack turned into a pub in the middle of nowhere, at which the attending crowd was mostly metal-heads. Seeing that the band was getting no reaction whatsoever and people just stood there motionless, Jose responded to that by cursing and flinging abuse at them.