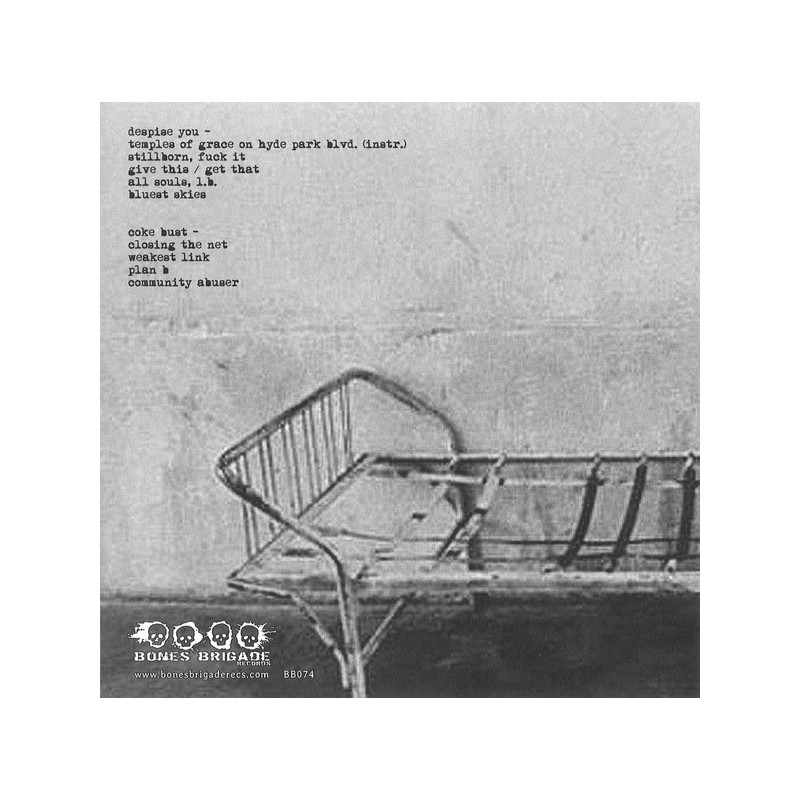 At the end of last year (2016), Texan boot boys Lethal Dose released their first demo on both their Bandcamp page and on a self-released cassette. Now, nearly nine months later, this baby is finally released on vinyl through Offside Records, remastered and all to make sure Lethal Dose’s debut comes blasting through your speakers with extra power! All tracks from the original cassette are featured on this 7”, for a total of six rough and ready scorchers with a great, old school feel to them. Often reminding me of early Oxblood and The Templars, in both the rawness of their sound and their style in general, Lethal Dose knows how to ferociously put in the boot with hard-hitting anthems like “Thin Blue Noose”, “Smash The KKK” and “Just A Reaction”. If you loved The Brass’ latest stuff, or perhaps the first Vanity record – simply because the excellent “Won’t Play” instantly made me think of them, you will probably like Lethal Dose… a lot, as well. Maybe it’s just a coincidence that all my references lead back to New York City, but the sound of these Texans definitely has that feel of 90’s NYC Oi! to it, at least to me. Accompanied by some killer artwork, Offside Records released yet another diamond in the rough with a killer sound!